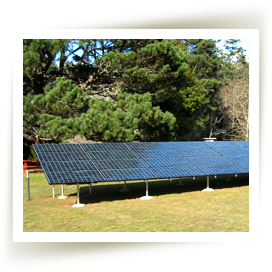 Sign up for our monthly newsletter to hear the latest about Mendocino Solar Service.

If you are considering solar-generated electricity for your home, you probably have a lot of questions. Give us a call at 707 937 1701 or schedule a free consultation online and we'll happily discuss them with you.