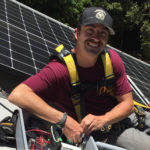 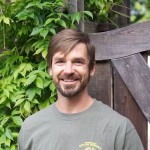 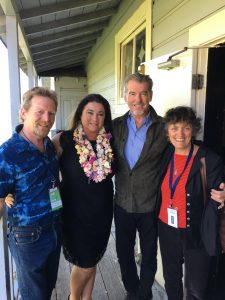 Above:  CoOwners Bruce Erickson (far left) and Maggie Watson (far right) celebrate the Mendocino Film Festival 2017 screening of “Poisoning Paradise,” which we had the honor of sponsoring. The documentary was directed by Keely Shaye Brosnan and Teresa Tico. Keely and her husband Pierce (above) were in attendance to meet our community and speak about the film. http://www.poisoningparadise.com 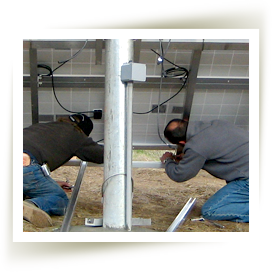 If you are considering solar-generated electricity for your home, you probably have a lot of questions. Give us a call at 707 937 1701 or schedule a free consultation online and we'll happily discuss them with you.

Sign up for our monthly newsletter to hear the latest about Mendocino Solar Service.