Solar energy continues to make the headlines both in California and nationwide.

As CNBC reported on October 5th, “California, the very heart of the rooftop solar panel industry, could be facing a major roadblock in the coming months, and its status as one of the most solar-friendly states in the country could change as a result.” 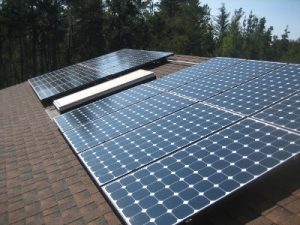 The California Public Utility Commission’s reconsideration of rules about Net Energy Metering has been causing significant concern amongst California’s solar supporters. It’s too soon to say yet whether consumer and industry support of solar will make a difference. An announcement of the new rules is expected in December 2015. In advance of this decision, Mendocino Solar Service has been encouraging consumers to voice their support for net metering.

The pending decision on net metering in California holds additional significance, because California has been seen as a leader in solar energy. There is concern that if net metering supporters were to ‘lose’ in California, this could increase the likelihood that similar anti-net metering efforts might succeed in other states.

In the words of a recent New York Times article, California is leading the way in a “quiet revolution in solar energy.” From the October 5th issue: “It’s hard to overstate the importance of California in terms of renewables,” said William Nelson, head of North American analysis at Bloomberg New Energy Finance. “It’s like an experiment in terms of how quickly we can add solar to the grid.”

Solar continues to garner national attention as well. On October 13th, The Washington Times reported that alternative energy–including solar–was shown plenty of love by Democratic presidential candidates participating during a debate that evening. Most candidates vowed to go further than President Obama has in fighting climate change.

One statement that got some attention was from former Maryland Gov. Martin O’Malley, who said: “I’m the only candidate in either party, I believe, to do this — to move America forward to a 100 percent clean electric grid by 2050. We did not land a man on the moon with an all-of-the-above energy strategy. It was an intentional engineering challenge and we solved it as a nation and our nation must solve this one.”