Three Takes on the Solar Solution

1) Solar is the solution to America’s energy & economic crisis. In the words of Rhone Resch, president and CEO of the Solar Energy Industries Association (SEIA) “Solar is clean, safe, affordable, reliable and abundant. It creates jobs, grows our economy, fosters U.S. innovation and powers our homes, schools and businesses. But, just as importantly, solar also offers freedom and security—the freedom to choose your own energy source based on your own individual needs, while at the same time, enhancing America’s national security by reducing our risky dependence on dirty sources of energy.” 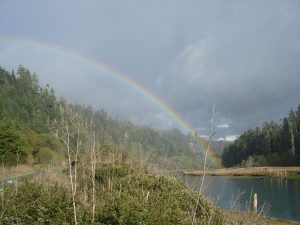 2) Schools in California have been going solar, and the savings are making a difference. For example, the Firebaugh-Las Deltas Unified School District’s 910-kilowatt solar energy system will create an anticipated savings of more than $9 million over twenty-five years. According to Russell Freitas, superintendent of Firebaugh-Las Deltas Unified School District: “Solar energy projects for public schools are essentially revenue enhancements for school districts which directly benefit the students and taxpayers. In the past, school districts have experienced the most difficult financial times and because of the savings our solar project has created, we are able to bring music instruction back to the District.”

3). From Matthew Wheeland, the editor of SolarEnergy.net: “Here in California, we’re pretty much consumed with our massive, terrifying drought. There are a million things anyone can do to save water — buy more water-efficient toilets and showerheads; take fewer, shorter showers; stop watering your lawn if you have one. But one big thing that you can do that benefits so much more than just the water your home uses is to go solar. When people think about going solar, they’re usually thinking about their pocketbooks, not the planet. That’s reasonable, of course, since homeowners save an average of $84 a month with solar. And when people do think about saving the planet with their solar panels, they’re probably thinking more often about the incredible amounts of carbon pollution they’ll be avoiding by switching to clean energy. But a lesser-known fact about solar is that it also saves lots of water…The infographic below shows how our four of the most-common energy sources use water at every stage. In a nutshell, solar wins across the board.”