The Year 2015 turned out to be a nail-biter for solar energy, right down to the end.

Nationwide, the solar energy industry and solar supporters faced a grim reality. The popular 30% Federal Solar Investment Tax Credit,  which had helped to fuel a strong solar market, was set to expire for residential consumers at the end of 2016, and to drop to only 10% for commercial solar installations. 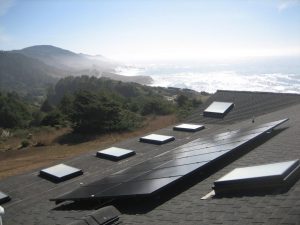 Those who had hoped, and planned, to go solar in the future began to feel the (solar) clock was ticking on their energy independence dreams.

In California, the future of Net Metering for on-grid solar energy systems was up in the air as well, as the California Public Utilities Commission was tasked with designing new “Net Metering 2.0” rules to take effect in 2016.

Indeed, the stakes were so high this year, that at some points there was serious consideration that the end was in sight for California’s solar revolution.

Oh what a difference a few weeks can make.

Just as holiday shopping was winding up, and 2015 was winding down, solar energy advocates across the U.S. got a holiday surprise; Daniel Gross of Slate Magazine dubbed it“the Solar Industry’s Christmas Miracle.” Thanks to Congress’ last minute tax and spending deal before the holiday break, on December 18 the 30% Federal Solar Investment Tax Credit for both residential and commercial systems was extended through 2019.

And, in California, there was even more reason to be cheerful. It seems the California Public Utilities Commission was listening to the record number of pro-solar messages they received from around the state, including from solar supporters in Mendocino County who responded to various calls to action.

On December 15, the California Pubic Utilities Commission announced a Net Metering 2.0 proposal that, for the most part, rejected the Big Utilities requests for more fees, more barriers to net connection, and less financial compensation for solar energy producers who sell energy to the utilities through home or business on-grid net metering.

With all this good news, it’s still safe to say that the highlight of our month came earlier. On Saturday, December 12, 2015, after 13 days of negotiations held in Paris, France, 196 nations reached an historic agreement to address climate change.

As we write this on New Years Eve 2015, we join other solar advocates across the country who breathe a sigh of relief for these green victories.

With the Solar Investment Tax Credit now extended through 2019, Net Metering in California preserved for future generations of solar consumers, and solar prices at an all time low, the future is bright for clean, green solar energy.

We are certain that 2016 will bring its challenges. The climate agreement will require continued international cooperation and concerted effort, as well as plenty of support from an active and informed public. The 2016 election cycle is bound to have its ups and downs as well (and we’re going to just stop right there).

As a full-service solar business, the staff of Mendocino Solar Service anticipate working closely with our new customers to clarify a few important (and questionably quirky) net metering rules changes.

And, while the decrease in solar prices most certainly is a good thing, dropping prices means a narrowing bottom line, challenging us to continue to grow our installation rates to provide steady work for our valued team.

As we wind down this final e-news for the Year 2015, we want to say thank you, thank you for all you have done this year to promote solar energy and green living!

Wishing you all a safe and happy New Year.

P.S. For links to more information, please click on any green text. To find out more about getting solar for your home or business in 2016 visit us online, emailadmin@mendocinosolar.com or call 707-937-1701.