Most people have heard that solar energy, as a green, renewable, nonpolluting energy source, can help reduce our ‘climate footprint.’ But it is not as widely known that solar energy is also a huge water saver! Solar energy production does not rely on water, unlike nonrenewable energy sources such as coal, nuclear and natural gas which suck up water for mining, energy production and cooling.

In the words of the United Nation’s 2015 World Water Day: “Renewable energy comes from resources which are naturally replenished such as sunlight, wind, rain, tides, waves and geothermal heat. These do not require large quantities of fresh water.” 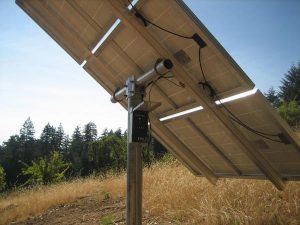 Solar energy also reduces water pollution. Coal, aka “Dirty Energy,” not only gulps up large amounts of water for mining and production, but also is a major culprit in water pollution.

“A typical 500-MW coal-fired power plant will create close to 200,000 tons of sludge waste per year, according to the Union of Concerned Scientists, as well as 125,000 tons of coal ash. This waste leaps into the headlines when it spills into waterways, destroying rivers and polluting drinking water, as it has at large scale in Tennessee and North Carolina in recent years”, according to solarenergy.net.